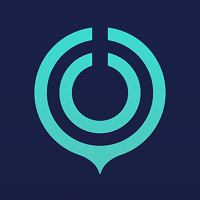 Mobile gaming has seen a huge rise as more and more people have had access to powerful smartphones at a cheap price. Amongst these game, multiplayer games have been the most popular as on a phone, it is easy to play around with friends, then close it, everyone has a smartphone whereas, with desktops and consoles, you could only play with those friends that had it. However, as do all online multiplayer games, mobile ones also require good internet with low latency and little to no packet loss. To address this issue, a network tool known as UU Game Booster for PC and smartphone. It allows you to optimize your internet connection with a focus on gaming performance to provide the lowest ping and highest speeds.

UU game booster is a network tool available on both the Google Play Store and the Apple App Store. It allows you to optimize a weak internet connection for gaming and helps improve the speeds and reduces latency, packet loss, and ping.

It is designed to work on all phones and all games without affecting the other apps on your phone and without doing anything harmful to your data or connection.

UU Game Booster boasts the ability to work with all the latest multiplayer games without requiring any setting tweaks. The App increases the internet speeds during your gaming sessions without affecting the other apps internet usage.

It is advertised as being focused on the most popular battle-royale games available on phone. It achieves this through private nodes around the world, all optimized for different games so that you can boost multiple games at the same time.

Though I can’t ever see myself playing two games at the same time on my phone (I’m a sucker for battery life).

Here are the steps:

To start using this amazing app, all you have to do is open it from your PC. The first time you will be prompted to read their end-user agreement and only once you agree to it, you may proceed.

From there on its fairly simple. There’s a large list of all the games that the app supports. You just choose the game and click the boost icon, and voilà, you’re now ready to play. Now the 72-hour trial period has started after which you will be charged a small fee to continue using it. It really is as simple as that.

UU Game Booster for PC is a really useful app if you live someplace with poor internet or high ping. This app will improve your gaming experience and give you the edge in every match.